A sightseeing itinerary with visiting guests from abroad
On Sunday the 13th of April I organised an itinerary with a buddy for two visiting guests from Germany. Quite often when the week end approaches and you have guests from abroad staying at your place you really wonder where you can take them. If you just hit the road without planning you might end up just doing a road trip without a clue where to stop or where to go. This happened to me once where I had a German guest. I just drove south, we had a look at a beach and drove back. So the main thing was only being seated in the car and me driving. Obviously this has its appeal to but it’s better to have a plan!

So for this Sunday I organised the following itinerary
+ Drive to Port-Louis, visit Citadelle to have a panoramic view of Port-Louis and eat some bread and chicken tikka at Pakistan Hotel. It’s actually a snack and not a hotel but called like that and very popular in Mauritius!
+ Head on to West Coast, have a swim at Flic en Flac and drive on to the Gorges National Park where we will have a walk and eat our food.
+ Move on to Le Morne, see the beach and spend sometime there.
+ Drive back home through Grand Bassin, along the way pluck some guavas (Goyave de Chine).

Citadelle also known as Fort Adelaide
Citadelle is a fort located on a hill in the centre of Port-Louis. It offers a stunning panoramic view over the capital city of Mauritius and a great place to take photos. The fort itself is very impressive. It has been built by huge basalt rocks which are very heavy and large. One only wonders how much effort this must have gone in there to build it! The construction time was around 6 years long, from 1834-1840 built by the British to fortify the harbour after they had taken the island from the French. 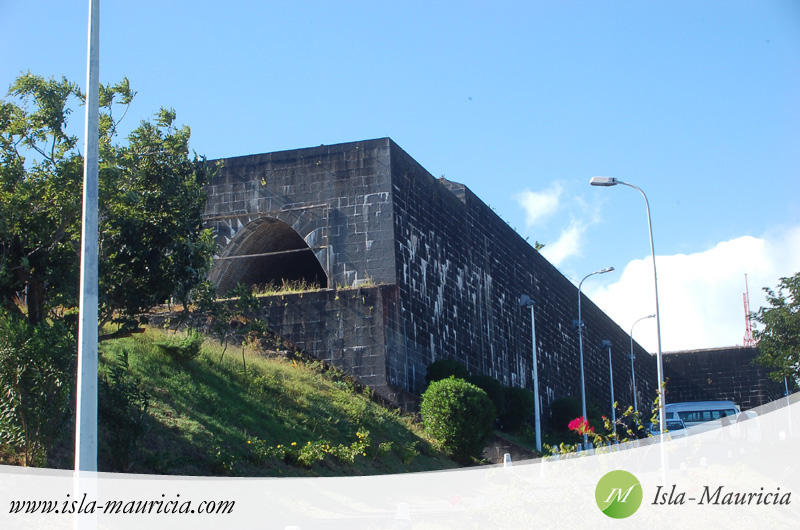 To reach the Citadelle we drove past the Champ de Mars horse racecourse which was opened in 1812 by the Mauritius Turf Club on the 25th June. It is remarkably the oldest turf club in the southern hemisphere of the world! And the second oldest in the world! You can also visit this on your drive to the Citadelle and you will also have a nice view on this racecourse from the fort. So, once we passed by the racecourse we turned to the left and after a few lanes we took another lane to the left which drives close by the turf club and which goes uphill to the fort. Once there we enjoye the views and took some photos. You can see all of my photos of the Citadelle and the Port-Louis view here. 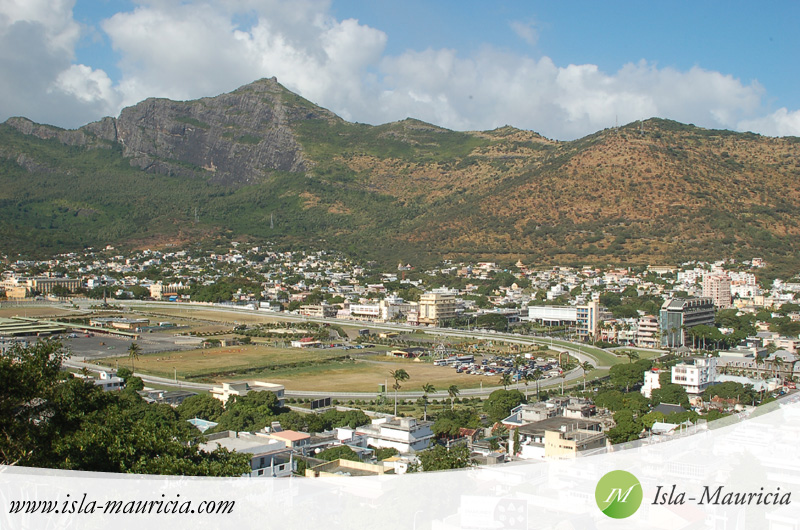 Pakistan Hotel
Before heading to the Citadelle some of us were hungry so we drove along the Desforges street to the Pakistan Hotel which is a famous snack in Mauritius. By famous I mean, its really well known, I still remember where it was before it moved in that place made of wood.

On Sunday traffic is low in Port-Louis but during the week if you are not familiar in driving in Port-Louis I would suggest you to walk or take a taxi! And also its very difficult to get a parking. 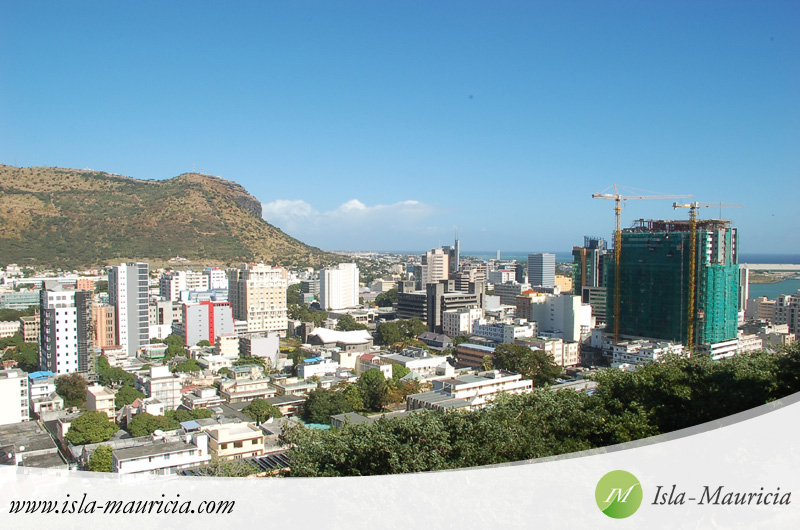 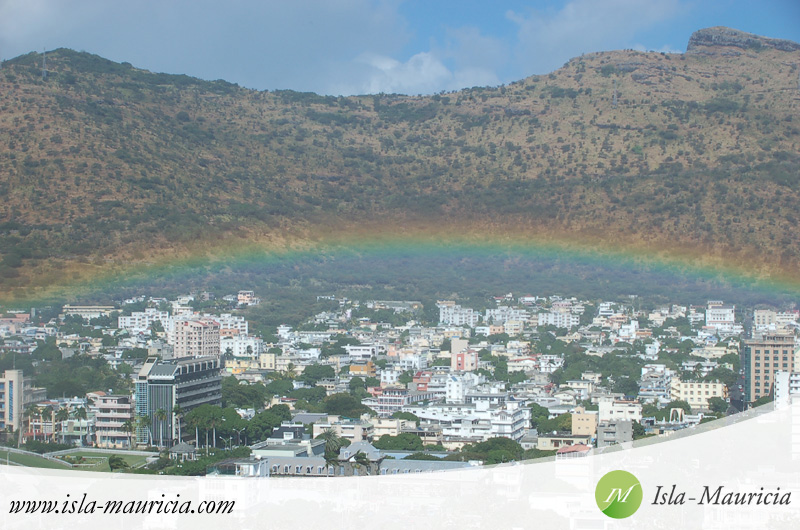 I really like this place, you can have tea with milk, bread and chicken tikka for breakfast for example and many other local well known dishes such as gato pima. It is also one of the few places that is open till very late at night and I think actually 24/7?

So some of us had chicken tikka in their bread called “pain maison”. A round bread that you should try which I rarely see in supermarkets these days.

Flic en Flac
Flic en Flac is a famous town on the west coast of Mauritius. It also has a very long white sandy beach and many hotels plus vacation rentals and some night clubs. Many locals and young people like to go there during the week end. From time to time there are also events there. 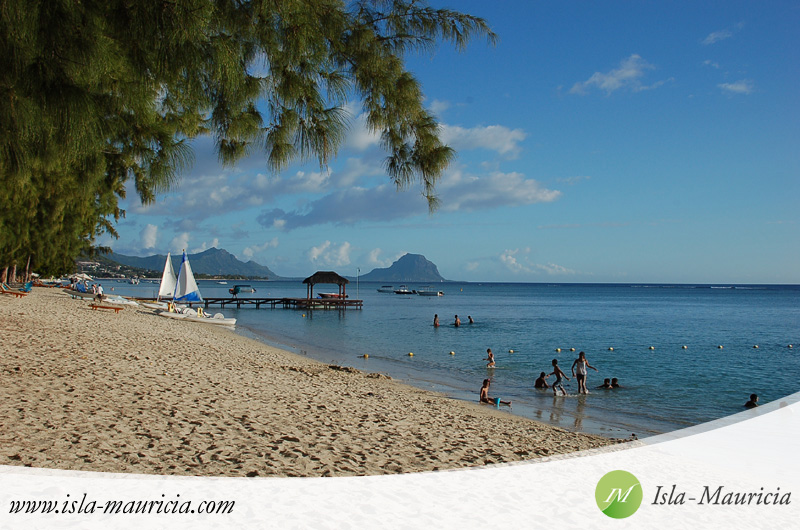 So once we were done doing photos at the Citadelle we drove on to Flic en Flac. We drove through Pointe aux Sables to avoid Petite Riviere and be more close to the coast. Once we reached Flic en Flac we headed to the beach. There isn’t much to see in Flic en Flac apart from shops, apartments, hotels and the beach. We relaxed on the beach, had some snacks, a swim and then drove on to Tamarin and the Gorges.

You can see here all my photos of Flic en Flac. 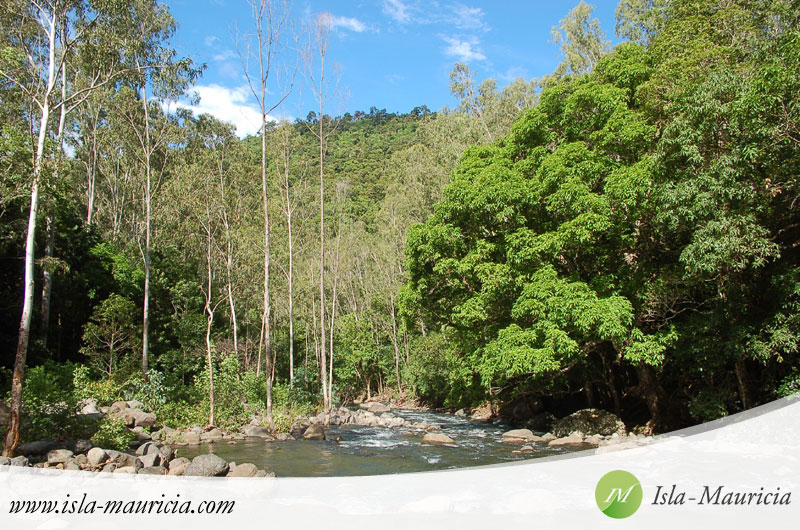 When you enter the park you will see a board of the different tracks that you can walk. Several of them are many kilometres long. I did once walk till the very beginning of a river, that is its source which is also a water fall. That walk took around 2 hours. I did this walk with some friends who knew the path, on my other attempts I couldn’t find the way!

When we reached there it started raining heavily so we had our lunch in the car. Once done we decided to walk in the rain! It was great fun and we walked till the river where there is also the kiosk. At this point many people also like to bath in the river and jump from some rocks. If you pass on that point it goes more uphill and you will reach a point that offers some splendid view over the valley till the ocean’s horizon. You can’t reach the rivers source waterfall from there. You need to take another path. I want to do that soon again.

We walked soaked wet back to the car and headed on to Le Morne.

I made this video of a previous walk there, its not of this Sunday and it rained as well. This can give you an idea what the park is like.

Le Morne
Around 20km drive from Tamarin is Le Morne, the South Easter tip of the island. Le Morne is famous for its mountain and salve history which is now a Unesco World Heritage site. You can read more about Le Morne here!

Le Morne also offers a beautiful white sandy beach and turquoise azur blue lagoon. When you go till the end of Le Morne you will reach a spot that is famous for Kite Surfing and there is also the famous wave for professional surfers called ONE EYE.
Le Morne has a few luxury hotels and some villas on the mountain. It is a remote region.

We spent a while walking along the beach close to The St. Regis Mauritius Resort which our guests from Germany found stunningly beautiful!

They looked around for some beautiful shells and enjoyed walking in the lagoon. Afterwards we headed on to Chamarel.

My videos of The St. Regis Mauritius Resort – a 5 Stars plus resort!

Description of the hotel – contact me if you want a quote for this location. 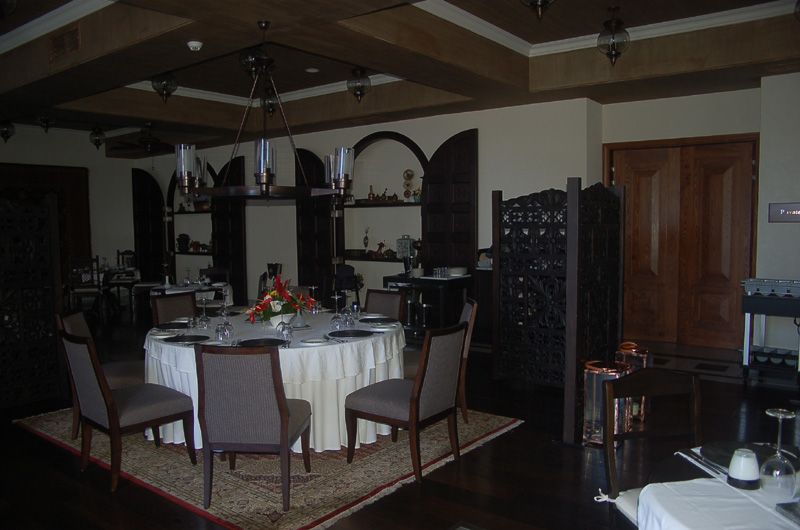 A picture of my St. Regis Mauritius Resort visit

Chamarel, Plaine Champagne, Grand Bassin
We then left Le Morne to drive on to Chamarel, once it went uphill there were various spots offering stunning views over the lagoons which also contain Ilot Benitier. 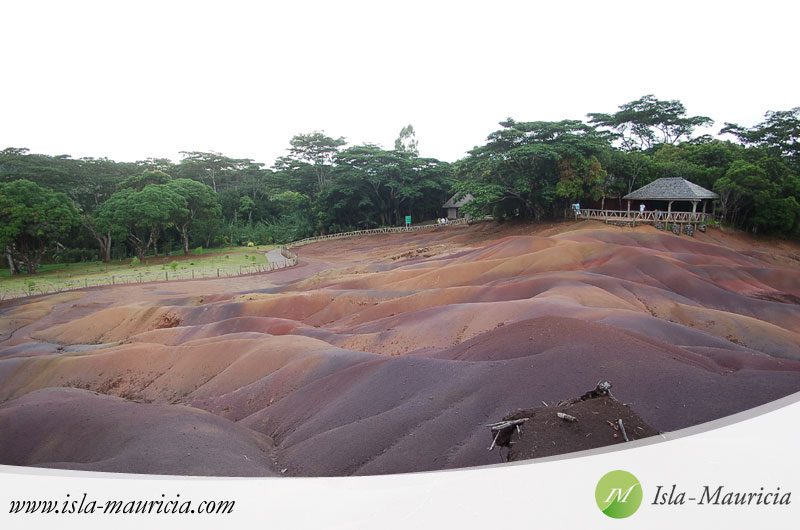 When we reached Plaine Champagne we stopped at various places to pluck some guavas but we were not so lucky. People before us had cleaned up the whole place and left none! All other guavas were still green. 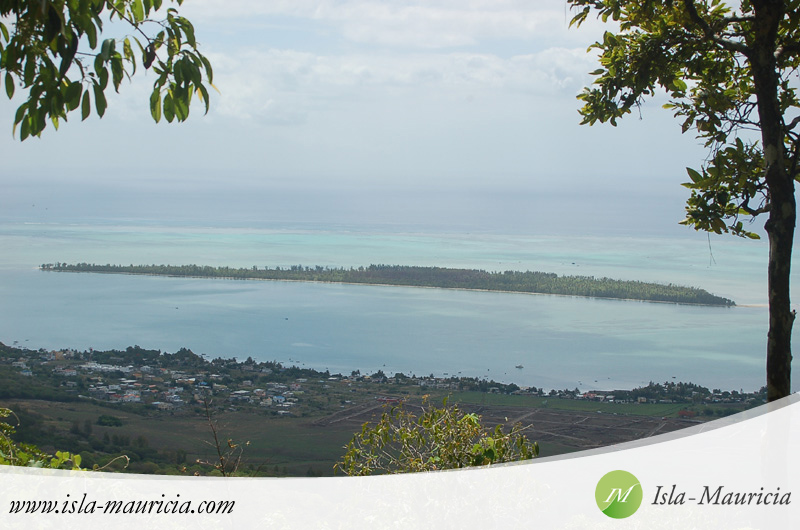 We then drove on to Grand Bassin. It was foggy and rainy so one of our guests took some photos from the car and we started heading home. In Curepipe on the road that leads to Winners, before Winners there is a Farata Snack which was open! We stopped there and ate awesome good Faratas! I love this dish! A must try if you are visiting Mauritius! 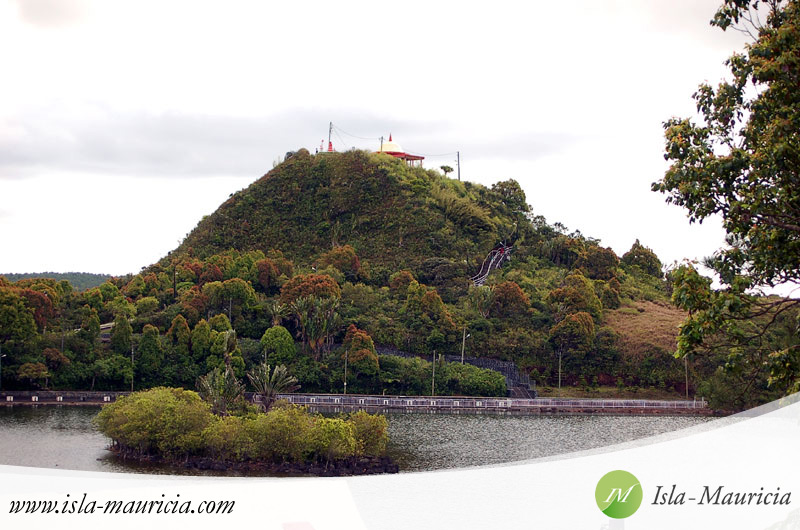 A short stop at Engen Filling Station in Curepipe, got one ice cream there and off we went back home!

Back to Grand Baie
Once back to Grand Baie we looked for some Halim but all the places were closed. That was it! So ended a long day. I would have blogged this trip right on Sunday itself but I was to tired so here you are! Hope you enjoyed reading it and also check out the photos!